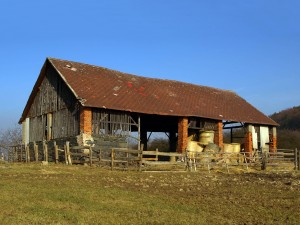 In an effort to combat the nation’s ever increase housing shortage, the UK government has announced details of new permissions allowing the redevelopment of agricultural and retail properties.

Planning Minister Nick Boles stated thsi would make “better use of redundant or under-used agricultural buildings” thus reducing the threat of development in the countryside on green belt areas. The new law which has now come into effect, allows up to 450 sq m (4,850 sq ft) of buildings per farm to be redeveloped, with a maximum of three houses.

Alongside these plans, the government has also changed the laws so that agricultural buildings up to 500 sq on each farm can be converted into schools and nurseries. However, restrictions do stipulate that farmers would not be allowed to demolish cow sheds or outbuildings. Only to conversions or renovations would be permitted to preserve the history and authenticity of certain older structures.

Commercial properties could also get the treatment too

The government also confirmed that “under-used” shop premises may be changed into residential homes. This applies to retail spaces of 150 sq m or less. These permitted development changes will not apply however, in national parks, areas of conservation or of outstanding natural beauty.

With the high streets and back roads of many towns and cities losing small, local businesses in their droves, many once thriving retail premises are starting to find new occupant leases very difficult and thus, these once residential properties that were converted to cater for the small businesses operating within them may once again return to their roots.

With the size restrictions in place, it is clear that this new law is aimed at the smaller, non-commerically designed structures to return to their original purpose of purely residential use.

Activists have expressed real concern about a possible of a new wave of new barn conversions green belt areas in close proximity to cities, where housing shortages tends to be common.

In response to this, Nick Boles stated the government was “re-affirming green belt protection” and noted that “unmet housing need was unlikely to outweigh harm to the green belt”. In his statement, he also stressed the importance of bringing brownfield land back into use as much as possible.

However, The Campaign to Protect Rural England said it was very “concerned that allowing barn conversions without planning permission could do real damage” to the countryside.