Gap between supply and demand remains extended according to Hometrack 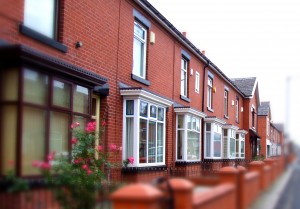 Fears of a growing housing market bubble have gathered pace this month as demand for homes continues to outstrip supply all across the UK. Although house price rises were recorded at 0.1% less than February 2014, the overall 0.6% rise in market values during March still shows a continued upward trend.

On average, home sellers are achieving 96.2% of the asking price, marking the highest rate seen in over a decade as buyers hunger to buy homes grows stronger. Staggeringly, London property is achieving an incredible 99.3% of the asking price and across every region of the UK, the figure is above 93%. All of this points to further price rises, according to a report recently published by Hometrack with the gap between supply and demand remaining extended, showing no signs of changing in the short term.

Should we be concerned?

Housing developers have stated that whilst more homes are being built, the industry is unlikely to meet government targets in the near future. Industry commentators also state that the sector’s failure to keep up with rising demand could drive prices up to unsustainable levels, triggering the daunting prospect of yet another price crash; leaving new homeowners in negative equity. Westminster is being urged from many quarters to take decisive action to ramp up supply with Government led housing schemes.

At present, the main concern is still London with the capital showing the biggest signs of a property bubble not seen in a generation. Whilst some analysts within the estate agency industry remain calm, others are concerned that any major downward events in London could have a devastating domino effect on the rest of the UK.

Homes and land owners still remain very skeptical and with the markets showing encouraging signs of growth and intense demand, many are still yet to be convinced to sell up and cash in.

Who or what is to blame?

Many have been quick to declare the Government’s Help to Buy scheme as the main culprit however, contrary to this sentiment, Richard Donnell, Director of Research at Hometrack, stated that overall sales supported by Help to Buy are ‘relatively small’ and ‘the real driver of higher house prices is record low mortgage rates and strong demand from first-time buyers and investors who have no property to sell, which is compounding scarcity. With average mortgage rates currently at 3 per cent or lower, compared to over 5 per cent before the downturn, households have seen a significant boost to buying power.’

So it seems apparent that the scale of house price increases in the coming months will depend on whether existing home owners and buyers will bid up the prices of homes, which could then lead to all sorts of inflated values.

However, the good news is, things could soon be about to change and the current mad rush could be down to new legislation about to come into force, which means lenders have to ensure that buyers can not only afford their mortgage repayments now, but also when interest rates eventually start to rise again. A hint of things to come no doubt.

The second half of the year may see a price correction but at present levels of demand, that may still not occur considering cash buyers and investors account for up to two fifths of property sales.

Recent official house price figures released by the Office for National Statistics showed property values rising at 6.8% annually – over five times as fast as the ONS wages measure, which is up by just 1.4%. In the year to January 2014, the average home went up £17,000 to £254,000, while wages rose by just a paltry £417.

Separate figures from the Land Registry recently showed house prices across England and Wales rose by 5.3% in the year to February 2014 but prices in London soared by a whopping 13.8%. With growth figures presently continuing on these levels, many do have reason to be concerned. But one thing is for sure, with demand as it is, it is most certainly a sellers market once again.