Confidence is returning so should you hold out or sell up? 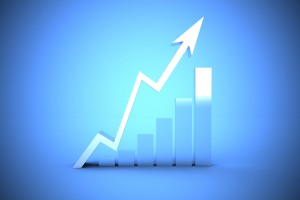 The value of residential UK development land rose in the third quarter of 2013 according to the latest Residential Development Land Index. Continuing the trend seen in the previous quarter, the average price of a greenfield development land site rose by 2.7%; more than doubling the rate of upward growth of Q2 which saw rises of around 1.2%.

Due to the new Help To Buy Equity Loan scheme, around 15,000 new home reservations have been approved, with the bulk of the concentration of these being in the South East, outside of the central and Greater London areas. With growing commuter populations moving out to the more affordable areas adjacent to London, this comes as no surprise.

The increase also coincides with a key aspect of the National Planning Policy Framework (NPPF) in which many local authorities are busy establishing sites that are suitable in delivering sufficient levels of new housing development over the course of the next five to ten years. So taking into account both Government intervention and renewed confidence, one could argue that the two have gone hand-in-hand in returning market confidence but one fact is clear that these new stimulus schemes have been the catalyst for this dramatic change in fortunes.

It’s also no surprise to learn that this has resulted in a very active housebuilding and land selling market; with a hugely impressive 30% jump in planning applications for private dwellings over the course of the summer of 2013. So should you sell your land now or hold out for more?

London is still the hotbed of property and land values, climbing 4.5 % in the third quarter, following an equally impressive increase of 4% the previous. London is certainly bucking the trends set around the rest of the UK. 2012 was a much slower year however, with increased stimulus coming from Westminster and renewed confidence in the real state sector, 2013 looks set to be the year the wheels started to turn once again, with developers and investors feeling far more confident about the year to come.

Land values will show an increase all over the UK early in 2014 no doubt but arguably, this upward trend will see a slow down eventually as development applications pull back and the slightly hyped stimulus scheme euphoria dies down. If there’s a time to start selling, now is it, as the peak of the stimulus will show a plateau sometime next year no doubt. Greedy land owners may argue that this climb has some way to go however, on past experience these upward curves always reach a sudden peak far quicker than most anticipated.